At last I have finished my BA in Japanese at Curtin University and I’m looking forward to returning to my role as a Buddhist priest and counsellor, renewing my acquaintance with you and continuing our journey together. Although in many countries where the Gregorian calendar is used the New Year has already past, according to the traditional lunar calendar, we are now in the last phase of the Year of the Snake before the New Year of the Wooden Horse, which starts on February 4th. Although I have shed my University-student skin, I am still very much the student and I would like to continue to share with you the teachings that are bestowed on me.

I have now set up a website, several blogs that cover my various and eclectic interests, and a Facebook page where I will be coordinating my work, writing, teaching, counselling, services, classes, etc.
Website: http://www.catekodojuno.com
Facebook: Wabi’an page and Cate Kodo Juno page – I’m a newbie to this, so please be patient with me as I follow the learning curve to understanding how this works 🙂
Blogs:
Buddhist Astrology (based on the almanacs of Japanese Buddhist astrology)
The Temple Kitchen (about shojin Buddhist vegetarian cuisine)
Kuan Yin Oracles (applying the oracles to everyday life with one oracle per month)

The Year of Snake is very much about shedding skins and beginning anew – how was it for you? I had a very auspicious sign on the eve of the first day of the New Year: I was driving home after having watched the sun go down over the Indian Ocean and toasting the old year with my husband, when across the width of the road there seemed to be a banking of white sand. It had been raining and often the sand gets washed over the road in wave-like ripples. But my husband suddenly cried out, “Stop!” And as I jammed on the brakes, we both watched in awe as an enormous albino carpet python continued its path across the road into Yalgorup National Park, adjacent to where we live. We had never seen anything like it! In Japan, a white snake is considered to be the incarnation of Kannon (Kuan Yin) and a sighting of a white snake is said to be harbinger of good fortune. What an auspicious beginning to the Year of the Snake!

We hadn’t seen a snake on our block for several years because Russell has been keeping the long grass cut and the ground clear. However, in November, we were just going to bed and Russell was about to open the bedroom window when, to our great surprise, we encountered a large brilliantly coloured carpet python climbing up the window frame. Although we are quite happy to have a resident carpet python in roof cavity, where they keep away any rodents (there was one in our bunkhouse for some years), I didn’t really want to have one living in the bedroom! Russell manoeuvred it out the window and encouraged it into the garden. 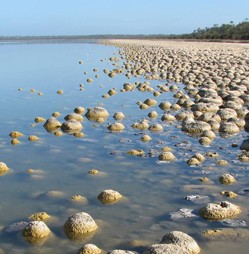 Now at the end of the year, we have found that there is a large dugite snake living under Wabi’an. Although dugites are poisonous, they are very timid and avoid human contact, so as long as I stomp up the path and let it know I’m coming each day, I’m not at all worried about it. In fact, according to the Buddhist tradition in Japan, it is very auspicious to have a snake living in a temple because they are considered incarnations of protector deities. My home temple in Koyasan has a large snake that tends to curl up near the fire altar in cold weather because it’s warm. Furthermore, Wabi’an has been acknowledged by a Nyungar elder as a site that is sacred to the Wargyl, the Rainbow Serpent. It is said that the Wargyl traced a path that goes under Wabi’an, from the estuary to the east to the shore of Lake Clifton, where she laid her eggs. These eggs are known today as thrombolites, the oldest living organisms on our planet. So I feel very blessed to have these associations with the Wargyl and Kannon emerging in the Year of the Snake.

What will the Year of the Horse hold? I’ll talk more about the signs for the Horse in a future entry in my Buddhist Astrology blog.

12 thoughts on “Winding up the Year of the Snake”