When I was first interested in learning meditation, I enthusiastically went to several different local community classes, which, although well-meaning, ended up putting me off meditation for many years thereafter.

The first one I went to was the twisted-up-like-a-pretzel variety: The young and very fit-looking teacher, with buns like steel, worked very hard to force my resisting limbs into pretzel shape, then moved on to torture other attendees, before returning to the front and, assuming a perfect full lotus position, gently encouraged us all to “just let your mind go blank.” Well, actually, that wasn’t too difficult because my mind was focussed on the single sensation of every fibre in my body simultaneously releasing an unvoiced scream of agony! But I was new to the class and I didn’t want to look like a total loser, so I stayed like that – for how many lifetimes? – until well after the meditation session had finished. Beyond speech, it took some time for the teacher to realise that my stationary posture and contorted facial expression wasn’t due to being in an ecstatic state of rapture, but that I was stuck and needed her help to slowly and carefully, avoiding potential breakages, to unfold me. I smiled weakly, she responded with a puzzled frown, and I was too embarrassed to go back.

The next class I went tried was much more my cup of tea – I got to sleep! I was a young mum with two little kids, working part-time and studying part-time. I was constantly exhausted, and for an hour each week my husband took care of the kids while I went to meditation. In this class, the teacher got us to focus on counting our breaths from one to ten and then over again from one to ten. This is the classic Zen meditation that I now believe to be one of the most effective methods. However, in this class, the teacher said it was okay to lie down on the carpeted floor of the community centre if we felt more comfortable that way. This was great! I started to count my breaths from one to ten and by the time I got to about three I was out like a light! Now this would have continued to be a great source of rest for me – albeit useless as a meditation practice for gaining any kind of insight – had it not been for my propensity for snoring loudly after only a few minutes of the twenty minute meditation sessions. The teacher would lightly tap my foot and disturb my rest… again and again. Until, after a few sessions, the teacher suggested that I come to a morning session instead of the evening session because she was getting complaints from the other meditators. Again, I slunk away in embarrassment and didn’t return. 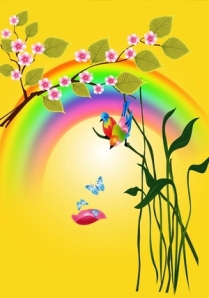 Before giving up on meditation for another decade, I tried a group that practiced with guided visualisation meditation. I didn’t find it easy to follow the instructions as I was guided through fields of flowers and forest pathways and streams and clouds of light, accompanied by saccharine New Age synthesiser music – it was all too sugar-coated sweet for my taste. And when I was guided to a gate, I was asked to imagine the place I would love to see through that gate: This was the goal of the meditation, but by then the place I wanted to be was in bed! In the feedback afterwards, people spoke rapturously of the heavenly places they had visited with auras of the purple light of the highest states of consciousness and I felt disappointed that I wasn’t able to do the same. Although it had been relaxing, it was unsustainable and as soon as I got home it was as if I had never been to the class and I didn’t continue, preferring instead to sleep!

Later, when teaching meditation I realised that visualisation meditation is actually a very advanced practice and needs to be gradually built up as a practice. This kind of walking-though-the-meadows type of meditation is not very helpful in developing a practice that produces long-term benefits. I call it fast-food meditation: it might satisfy your immediate hunger for a moment of respite but it doesn’t help you to deal with the everyday stresses of life because it is empty calories. So, I gave up on meditation for about a decade but came back to it when I got cancer… More about this next time…

One thought on “Just let your mind go blank…Yeah, right!”